Measured Progress is an industry leader in the development of customized, K-12 student assessments for schools, districts, and states. They approached us with an interest in developing a proof of concept to explore the potential for data visualization and interactive reporting on the iPad. This is the story of our collaborative process, and how we developed the initial concept for an iPad application that emphasizes design as a differentiator—with an innovative approach to the presentation of assessment data in an engaging and informative interactive report.

Can this be done?

At Measured Progress, this question drives the proof of concept initiative. They provided the following guidelines which further differentiate Proof of Concept activities from Prototypes and Product development:

Their goals for the project included; motivating discussion between executives and key stakeholders about emerging technologies, discovery in the iPad development process with an introduction to the iOS Enterprise Developer Program, and preliminary exploration of new report designs that present and explain assessment results with exceptional information design and intuitive user interactions.

The short answer: yes, this can be done. We delivered proof, the concept is valid.

Take a look at these reports.

Measured Progress produces a spectacular inventory of reports for a diverse group of customers. When they shared a glimpse of the candidate reports for our project, we knew it would be important to establish the story and sequence in our proof of concept as quickly as possible. We worked with our key stakeholders to narrow the field and identify a priority collection of reports which would serve as the focus for discovery.

We evaluated the prioritized report collection with consideration for expected usage, audience characteristics, privacy aspects, and availability of sample data. In conclusion, we identified the School Results report for the New England Common Assessment Program as an excellent candidate for proof of concept design and development. With confirmation from the client, this report became the starting point from which we would define the shape, size, and direction of project path.

This is where we’re going.

We summarized additional objectives and project boundaries as follows:

This is how we’ll get there. 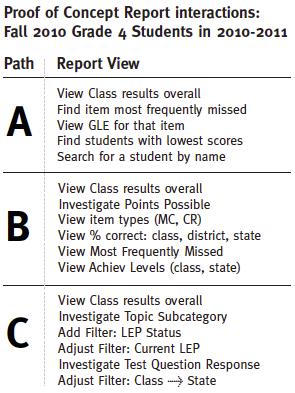 In preparation for POC design, we identified a list of user goals to correspond with primary objectives and representative data in the target report.

From the list of goals, we described a series of specific tasks that the user would likely engage through interactive discovery in the simulated report environment.

Finally, we organized the tasks to define three unique paths—each path sharing a common point of origin. Taken together, these paths represent the end-to-end user experience for POC delivery.

We have a few ideas.

We initiated the design process with a collection of conceptual sketches. At this stage, our goal is to engage the client with discussion about high level concepts; demonstrating the potential for creative discovery with a fresh new approach to data visualization and report interaction. We used the sketch collection to elicit initial feedback and identify specific concepts for further elaboration in the ensuing wireframe design phase. 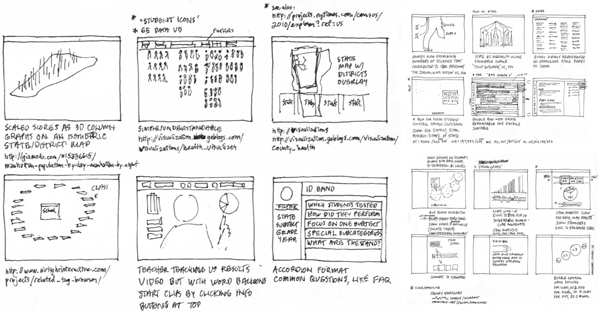 Based on client feedback and response to the conceptual sketches, we presented an initial series of design wireframes showing iPad interactions in context with the target report data. These comps were not intended to define final visual quality. Rather, they helped to clarify the sketch concepts, confirm initial client response, and initiate further discussion regarding visualization controls and an introduction to graphic style.

Take another look at these reports.

As the wireframe design process evolved, we validated user objectives and report data with our preliminary graphing and visualization strategies to ensure that the design plan would succeed. Working through the wireframing process, we translated target report data to a series of iPad interactions. Given the fact that our POC application would follow a series of linear paths, we knew it would be important to represent each step in the scripted plan.

The wireframes were revised with an emphasis on data visualization, contextual explanation, and user interaction. With design revisions completed and approval confirmed, the final wireframe collection was assembled for handoff to the application development team. We were ready to produce the final proof of concept.

We build the product.

In the transition to iOS development we worked iteratively, prioritizing complex interactions and fine tuning the user interface in preparation for the interactive build. We met with Measured Progress to provide a static demo of the reporting application on the iPad. We listened carefully as our client stepped through the demo and shared their impressions. They confirmed our final presentation and we discussed the potential for evolving the POC in a subsequent enhancement phase.

Our path to conclusion was clear, we would proceed with final development for phase 1. The application was deployed through the client’s enterprise license and evaluated in production before it was distributed to the larger audience of key stakeholders and executives. 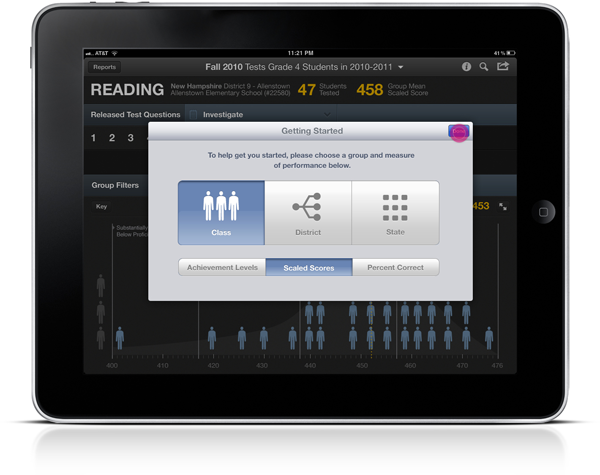 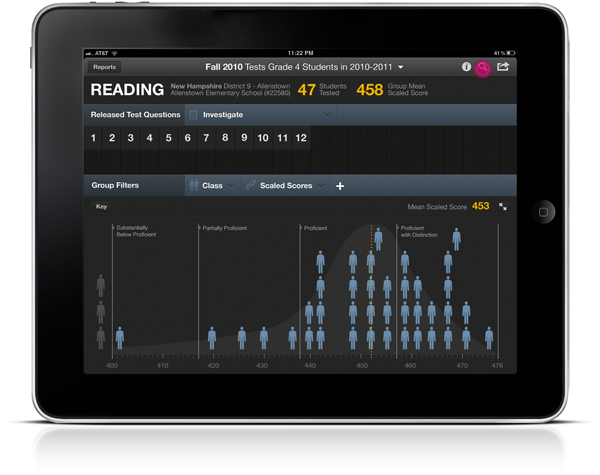 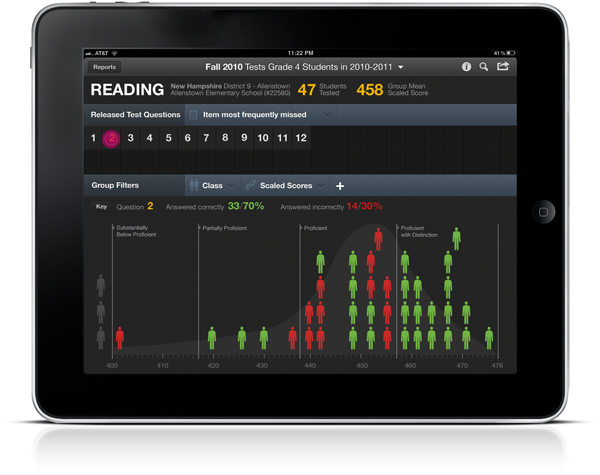 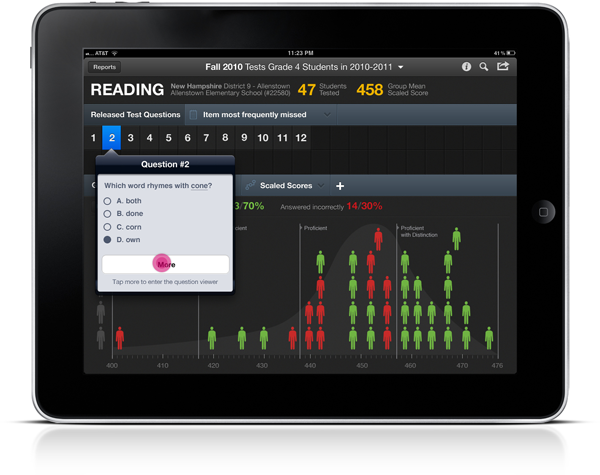 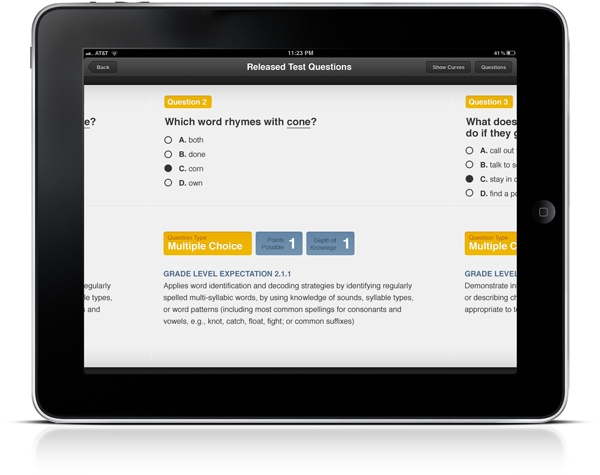 With the first release successfully deployed, we returned to the enhancements discussion and started the discovery process for the second phase of the project, where the proof of concept would evolve with additional emphasis on item investigation and an integrated presentation of the Technical Report.